“Indeed, it is a moral obligation and a sign of psychological health to be who we are without reservation, without the need to explain ourselves away, and without the belief we need to alter ourselves in any way to be accepted by our oppressor or embraced by his changeling children.”       – Dr. Maulana Karenga 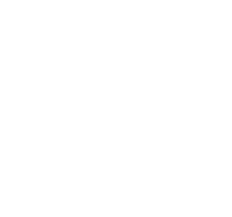 In the late 1960’s the celebration of Kwanzaa found its “roots” in the “Black Power” movement.  The very first Kwanzaa Celebrations were held at the Afrikan Heritage Institute locate in Roxbury at that time.  In the beginning Kwanzaa was celebrated primarily by members of the Black Nationalist community with the intent to promote “doing for self” and love for our culture and Afrikan heritage.  Kwanzaa is not a replacement of Christmas.  The celebration begins on December 26th and ends on New Year’s day (seven days) and is viewed and utilized as a “Nation Building”.  Community sponsors choose and coordinate activities and the ceremony on one of each of the seven days utilizing one of the seven principles of the Nguza Saba. 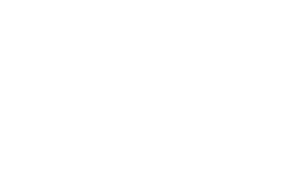 The seven principles of Nguza Saba are Umoja – Unity ( To strive for and maintain unity in the family, community, nation and race); Kujichagulia – Self-Determination (To define ourselves, name ourselves, create for ourselves and speak for ourselves; Ujima – Colective Work and Responsibility (To build and maintain our community together and make our brother’s and sister’s problems our problems and to solve he together);  Ujamaa – Cooperative Economics ( To build and maintain our own stores, shops and other businesses and to profit from them together; Nia – Purpose (To make our collective vocation the building and developing of our community in order to restore our people to their transitional greatness; Kuumba – Creativity (To do always as much as we can, in the way we can, in order to leave our community more beautiful and beneficial than we inherited it; Imani – Faith (To believe with all our heart in our people, our patents, our teachers, our leaders and the righteousness and victory of our struggle).

Negative propaganda about Kwanzaa by outside forces promoted misconceptions that Kwanzaa was meant only for “Black Militants,” a replacement for Christmas and had religious overtones and was anti-white.  Nothing could have been further from the truth.  In response, meetings were held to discuss strategies to combat these lies and educate the community providing the true intent and ceremony of Kwanzaa.

Under the umbrella of the organization known as the Community for Human rights, in 1976 the Community Kwanzaa Committee of Boson, MA was created.  The primary intent was to organize Kwanzaa celebrations during the week of December 26 through January 1 and to educate the Black community about the true intent and purpose of Kwanzaa.  Public Kwanzaa celebrations were held at various locations in the community with a heavy emphasis on outreach.

Celebrations were held in churches, mosques and community centers.  The number of participants wall small, however the energy was high.  The goal was to reach out to every housel hold in the community.  Additionally the Community Kwanzaa Committee joined forces with our “Brothers” and “Sisters” in Hartford, Connecticut and New Your City in the spirit of Umoja (unity).  We would hold joint celebrations in the sponsoring city. 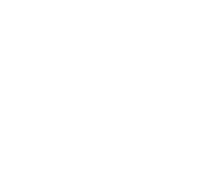 One year Hartford and New Your Kwanzaa supports come to Boston for a celebration which was held at the Elma Lewis Center for Performing Arts.  Another year a bus went from Boston to Hartford filled with mainly youth from our community who were involved in programs at the Afrikan Heritage Institute.  Among the youth on the bus who performed was a group that included Michael Bivens, Bobby brown and others who went on to become the “New Edition.”  Also the talented Dibinga family that supported Yange Dibinga and who established the organization:  Origination.  Additionally, Leon Mobley and his brother Jah Amin were also among the Kwnzaaa supports.  They moved on becoming world class Afrikan drummers.

In the early 1980’s, the Community Kwanzaa Committee made a transition and became a component of the Black Community Information Center, Inc.  As time moved on the community became more informed and the number of celebrants increased dramatically.  Currently, the Community Kwanzaa Committee is comprised of twenty-three organizations that represent all facets of the Black community.  This illustrates the true spirit of the Nguzo Saba as all celebrations are completely under community control.  Well over 5,000 Black community residents and other join in the week long celebration.  It is a fact that Community Kwanzaa in Boston is in its fourth generation of Kwanzaa celebrants.  What is more important is that many people throughout this country and particularly in the City of Boston celebrated our history and heritage and perform the Kwanzaa ceremony at home. 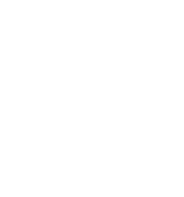 For more information about becoming a vendor and how to register click here.

Part 1 – How to Celebrate Kwanzaa

Part 2 – How to Celebrate Kwanzaa