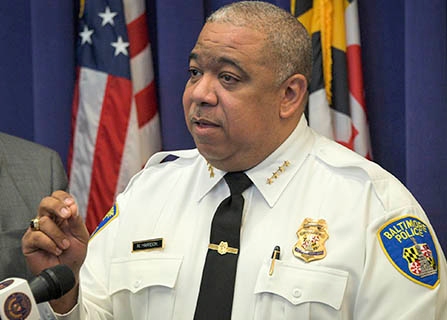 A federal judge on Friday cleared a planned pilot program by the Baltimore Police Department to consistently surveil the city for six months using cameras attached to airplanes.

U.S. District Judge Richard Bennett in Baltimore ruled against a grassroots think tank and area activists who asked him to keep the program from taking off, arguing that it violates their First and Fourth Amendment rights. The department now expects the first flight to take place next week.

“The United States Supreme Court and the United States Court of Appeals for the Fourth Circuit have long upheld the use of far more intrusive warrantless surveillance techniques than the (Aerial Investigation Research) program,” Bennett wrote in a 34-page opinion denying the plaintiffs’ motion for a preliminary injunction.

Under the six-month pilot program, up to three planes equipped with cameras will gather images of the city at a rate of one per second to help police investigate murders, nonfatal shootings, armed robberies and carjackings. Weather permitting, the aircraft will fly at least 40 hours a week and cover about 90 percent of the city.

The police department has defended the plan as an opportunity to test a crime-fighting tactic as violent crime has continued in Maryland’s largest city, even in the midst of a global pandemic. Philanthropic funds will cover the cost of the program.

The technology was secretly tested in Baltimore in 2016. Residents and top city officials were unaware of the police-approved test until the media revealed it.

Earlier this month, the think tank and activists filed their federal lawsuit to stop another tryout. They argued the program infringes upon people’s reasonable expectation of privacy regarding movement, results in indiscriminate searches without a warrant and impedes the right to gather freely.

The American Civil Liberties Union, which is representing the plaintiffs, plans to appeal the ruling on the motion.

“It is tragic and unacceptable that the failures of the Baltimore Police Department, and the city’s long-term unwillingness to address the root causes of crime, have now led to the decision to impose the most far-reaching mass surveillance program in American history here in Baltimore,” said David Rocah, senior staff attorney at the ACLU of Maryland. “If allowed to stand, this ruling is a decision that the city, and the country, will come to regret.”

The department and its contractor have said the cameras’ resolution will be limited to one pixel per person or vehicle, making each appear as single dots on the imagery. The resolution will not allow a person’s race, sex or clothing or a vehicle’s license plate, color, make and model to be determined.

Bennett noted that tracking the movement of “these dots” requires significant work and that gaps in the images won’t make it possible for a person to be traced over a period of several days.

“This limited form of aerial surveillance does not constitute a ‘search’ under the Fourth Amendment, nor does it burden First Amendment speech activities,” Bennett wrote. “In a City plagued with violent crime and clamoring for police protections, this Court is loath to take the ‘extraordinary’ step of stopping the AIR program before it even begins.”

Under an agreement between the police department and contractor Persistent Surveillance Systems, analysts will use the images gathered by the airplanes as well as data from city-operated street-level cameras, license plate readers and a gunshot detection system to identify crime suspects and their associates.

“I take very seriously the utilization of every legal and moral tool to address the unacceptable levels of violence that often besieges our most marginalized communities,” Baltimore Police Commissioner Michael Harrison said in a statement after the ruling was issued. “The program will be submitted to great scrutiny during this pilot phase and I will continue to be cautiously optimistic about the potential. Ultimately, the data will show us the efficacy of this technology as a potential tool for the Department in solving and reducing violent crime.”

The Ohio-based contractor will operate the airplanes and employ the analysts.

The nonprofit of Texas billionaires Laura and John Arnold will pay for the planes, their pilots, hangar space and analysts. The couple also paid for the first test.