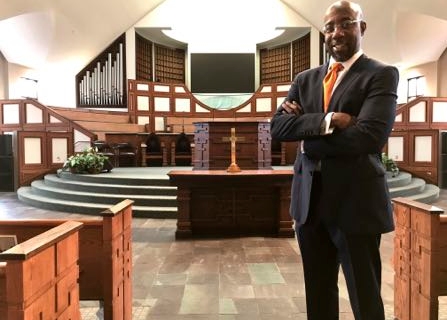 If Warnock wins, he will be the first Black Senator of the state. He is currently the senior pastor at Martin Luther King Jr.’s historic church.

Young, 88, was a close confidant to Dr. Martin Luther King Jr. during the civil rights movement. He said in a statement, “I’m proud to endorse him because I know that he will bring to the U.S. Senate an unwavering moral compass and a firm commitment to fighting for all Georgians.”

Warnock has also been endorsed by the Democratic Senatorial Campaign Committee and Stacey Abrams. He is one of 20 candidates challenging Republican U.S. Sen. Kelly Loeffler.

Loeffler, who’s married to the head of the New York Stock Exchange, is currently at the center of a scandal for reportedly selling up to $3.1 million in stocks after receiving a coronavirus update earlier this year while a member of the Senate Health Committee. Loeffler has denied any wrongdoing.