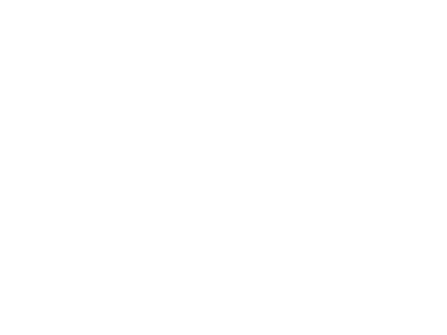 In this photo provided by Steve Morgan, Mary Louise Brown Morgan, second from right, poses with relatives in the fall of 2019. The 78-year-old grandmother died March 27, 2020, after being diagnosed with the new coronavirus. Morgan was described by family members as a “God-fearing woman,” who made a “mean gumbo and red beans,” and loved to tend to her garden of rosebushes and fruit trees. (Steve Morgan via AP)

NEW ORLEANS (AP) — Mary Louise Brown Morgan kept a garden full of rosebushes and just about every kind of fruit tree, from plums to satsuma oranges to kumquats. And when the lawn surrounding her south Louisiana home grew too high, the 78-year-old grandmother climbed on her lawnmower to cut it herself.

“She had the most beautiful yard on the block,” said her grandson, Steve Morgan.

Morgan, a “God-fearing woman” who made a “mean gumbo and red beans,” died on March 27, he said. She was the first in Terrebonne Parish to succumb to the coronavirus, in a state where COVID-19 is taking a heavy toll.

Born in New Orleans on Jan. 5, 1942, she was a lifelong resident of Gray, Louisiana — a small town of about 6,000 people, deep in the state’s Acadiana region.

Three times a week, she could be found working out at her local gym, where she enjoyed being with the Silver Slippers, a group of ladies who also would go out to lunch and have parties together, said her niece Penny Mikkel.

In addition to her gardening, she raised chickens, giving away eggs to friends and family. She was a regular churchgoer and frequent volunteer at Mt. Vernon Methodist Church, where she put up the Christmas tree and kept the pews clean.

To her extended family, she was the matriarch who went out of her way to make sure they were OK. She helped care for a dying brother, a friend’s children, and before Steve’s sister Cecily died last fall, she traveled back and forth to Houston to visit her while she was being treated.

READ ALSO: Everything We’ve Posted On The Coronavirus So Far…

“My auntie had this beautiful spirit. …. She was very elegant and graceful and at the same time down to earth,” said Penny. “She was a treasure to our family. She kept everyone together.”

She also loved to travel, Steve said, recalling how she flew to New York to cook Thanksgiving dinner for him and his medical school colleagues.

“Everybody loves her pies and cakes that she would bake,” he said.

She took care of the books for her late husband, who was a master plumber, and pushed her grandson to further his education. He eventually became a doctor in Cleveland, Ohio.

“It seemed like every graduation I had, she was there,” said Steve, whose wife is also a physician. “Everything we did, she would cut it out and put it into a frame and hang it in her house.”

When his grandmother called saying she wasn’t feeling well and asking him to come visit, he knew it was serious. She never asked for anything, he said.

Steve is acutely aware of the dangers of this coronavirus as an emergency department physician. He’s been treating infected patients in Cleveland. Still, watching his grandmother’s condition deteriorate so quickly was shocking: He arrived at the hospital in Houma on a Sunday evening, and she was intubated the next day. He never got a chance to talk with her face to face, and when she died, he couldn’t be at her side, instead looking into her room from the hallway outside.

“I was watching on the other side of the glass. That was rough. I think that was the hardest part,” he said.

A funeral service was held Thursday, April 2, but not inside her church. Instead, a small group of mourners — many wearing masks — stood at a distance and waved at each other, Penny said. Some day, when the coronavirus risk has lessened, they plan to have a proper memorial service.

“It’s a horrible disease,” her grandson said. “You can’t even gather together to remember her.”